컨텐츠
현재 위치: 홈 / 컨텐츠 / 미분류 / OLED TV is the competitive TV covering the whole areas such as the design...

“While the existing OLED TV is focused on the image quality, the current OLED TV is not only picture quality but also covering any areas including the design and the sound quality.”

In the keynote address for the workshop of ‘the 12th Display National R&D Projects’ held on 5 July in Hoengseong, Gangwon-do, Soo-young, Yoon, a director of LG Display, introduced the advantages of OLED TV such as superior image quality, design freedom, and sound quality improvement including the capacity of the light and shade, and color implementation.

He said, “It is unlike LCD, OLED is the self-emitting, and be able to be controlled by a pixel unit, so that it is capable of expressing the perfect black, and implementing the unlimited contrast range. Therefore, OLED is the best display to express the stars or a bright moon in the darkness.” And also, he emphasized that “OLED TV is free to express the middle gradation through the precise color expressiveness, so that it is able to realize the vivid color as realistic.”

Subsequently, he introduced the wallpaper and CSO (crystal sound OLED) which attracted lots of attention in last CES 2017, “If the existing OLED TV is an image quality-oriented, the current OLED TV goes through any areas such as the design, sound quality but also the image quality. Especially, the embedded speaker methods are able to realize the high level of immersion, by agreeing the position of the mouth and the sound along with the effect of design advancement.”

A director, Soo-young, Yoon, also introduced the transparent flexible OLED which can implements the radius of curvature 80R, 40% penetration ratio, and 77-inch UHD, that developed for the commercialization, and mentioned that the transparent and flexible display will be a future display. He also said that they are on-going to develop the devices and materials for solution process, and it needs to be discovered the new application and new form factor.

Finally, he mentioned the P10 factory at Paju, “We expect to ultimately produce new OLED TV at P10 factory which plans to be completed by the end of this year through thorough preparation.” 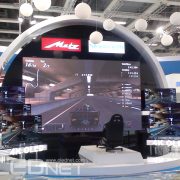 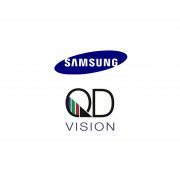 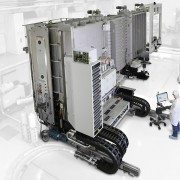 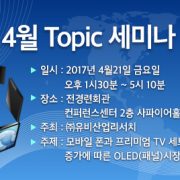 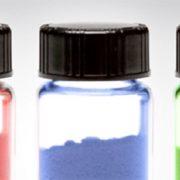 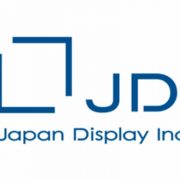