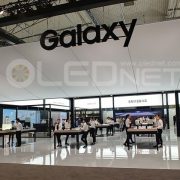 The Mobile World Congress (MWC), which takes place every year in Barcelona, Spain, is well known for releasing new models of smart phone brands that year. This year, however, Samsung Electronics and most of the smart phone makers exhibited new line-ups that did not change much or were hard to change dramatically.

In particular, through a press conference held on Monday, February 26, 2018, Samsung Electronics shared some strategies about concerns that the smart phone market will be experiencing an overall shift in replacement cycles and that the growth rate will slow down gradually.

According to the company, the company will concentrate its strategy in three major directions. It plans to set up a global trading system that will compensate for the remaining price by returning the Galaxy S7 within two years of an implicit average replacement cycle or by returning a competitor’s phone, which might be helpful to secure new customers while preventing current customers escape. This is already done by Apple in a system called recycling.

Another strategy is to secure customer loyalty through experiential marketing that enables users to experience various functions of Galaxy Studios and Galaxy by inducing them to shorten replacement cycles through targeted marketing using customer data. Note 8 sales were slightly lower than originally target at 11 million units, but note series have steady B2B demand and fixed customers. Note 9 is largely defined and can only be described as trying to differentiate itself from other customers at this time. The S9, which was unveiled at the show, said it expects better results than the S8 with its timely sales plan.

The S9, a new model released through the MWC, focuses on camera functions, better Infiniti 5.8-inch displays, stereo sound and IoT-centered mobile phones, redesigned with a new dual aperture lens that powers an innovative low light camera, Super Slow-mo video capabilities and personalized AR Emoji. The exhibition response to date has been evaluated to be a better level than expected, and visitors at the exhibition hall were enjoying the experience of emoticonizing themselves.