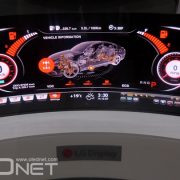 With the active release of Apple’s smartwatch within Korean market, the interest in LG Display’s plastic OLED business is suddenly increasing.

Already, LG Display supplied plastic OLED for LG Elec.’s G Flex that went on sale in November 2013. Although the panel was 6inch, as the resolution was only at HD level, there was criticism that compared to Samsung Elec.’s FHD OLED which was released in the same period, the resolution fell short.

This year, LG Display supplemented the resolution and succeeded in FHD plastic OLED production. The panel is applied to G Flex 2, and it is also supplied to LG Elec.’s G Watch and Urbane.

Following the uproar within the smartwatch market, created by Samsung Elec.’s greatest rival Apple, LG Display, Apple’s supplier of plastic panel, is making all effort in panel production. Additionally, as LG Display has already secured a position as Apple’s next smartwatch plastic OLED supplier, although the capa. is lower than Samsung Display’s, the line is actively operational.

It is also estimated that LG Display will decide soon on Gen6 plastic OLED line investment to promote closer relationship with Apple. Apple is already seriously considering flexible (plastic) OLED for next iPhone series, and it is analyzed that they requested LG Display for Gen6 line investment for stable product supply.

Although LG Display does not have as high volume of clientele as Samsung Display, it is anticipated that they will establish a bridgehead in OLED panel industry through forming mutually beneficial relationship with a giant company called Apple. 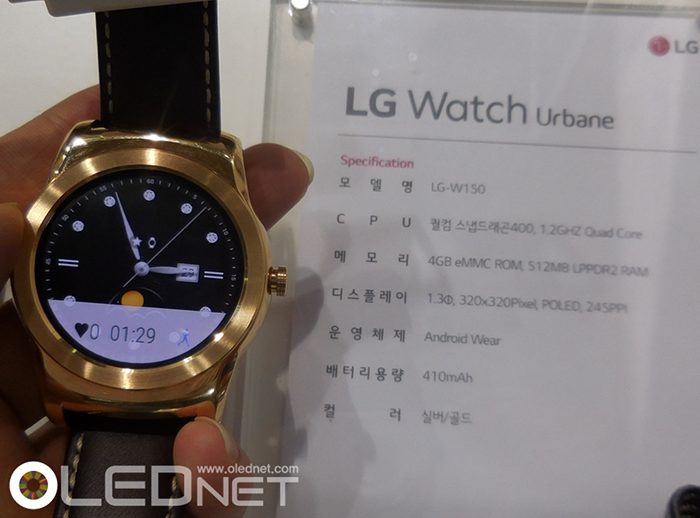 Smartphone’s hardware performance has improved as much as possible and can no longer be the differential point within the market. Following this, Samsung’s Galaxy Note 4 Edge and S6 Edge, and LG’s G-flex series are differentiating themselves from existing products through flexible (plastic) AMOLED panel applied new designs and functions. Particularly, Galaxy S6 Edge’s higher than anticipated demand means that the ratio between total Galaxy S6 and S6 Edge demand was expected to be approximately between 8:2 and 7:3, but at present it is estimated to be 5:5. To meet this demand, Samsung Display began actively operating A3 line, and carried out investment to convert A2 rigid line to flexible line.

As interest in flexible OLED is rising within the next generation smartphone market, there is much talk that Apple will also apply flexible OLED to the next product. UBI Research’s Flexible OLED Annual Report, published on 18 June, analyzed Apple’s flexible OLED application potential and forecast scenario. 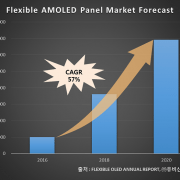 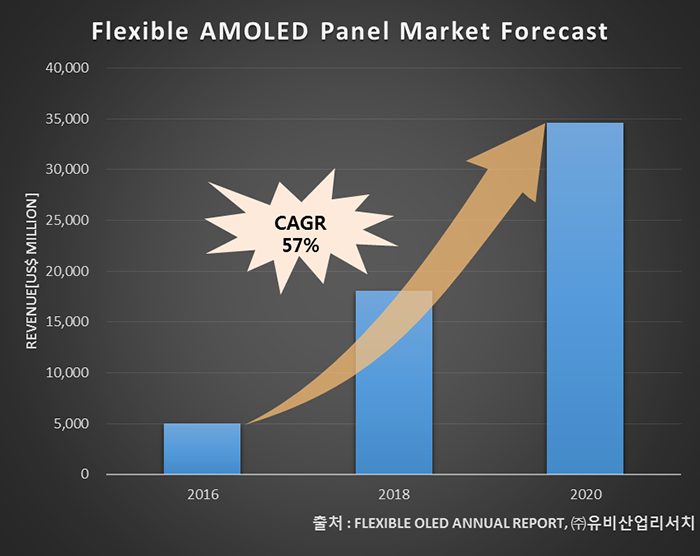