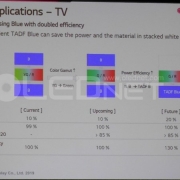 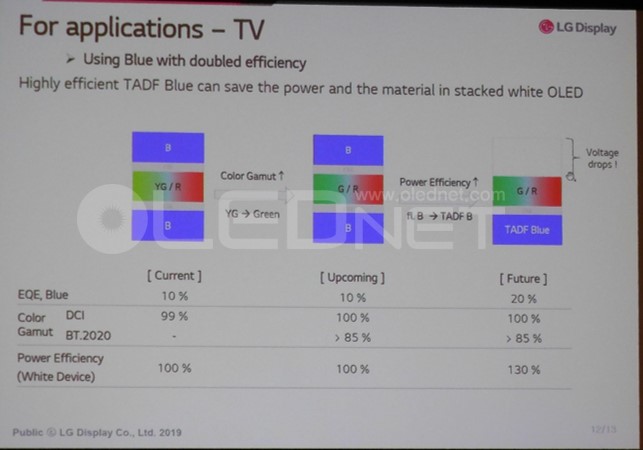 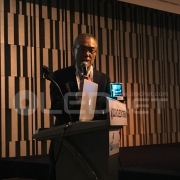 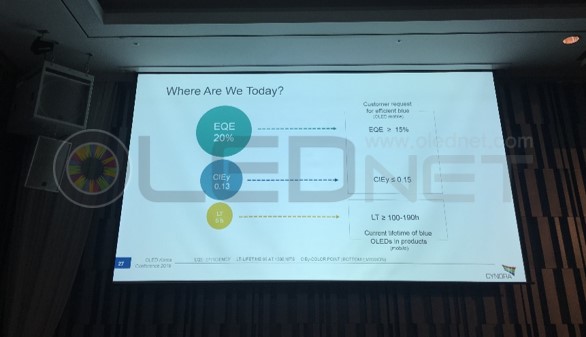 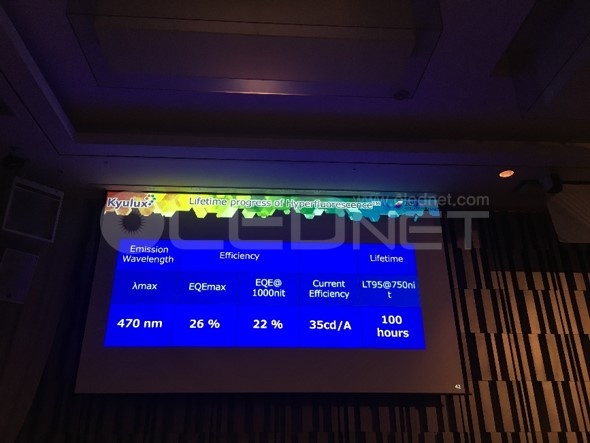 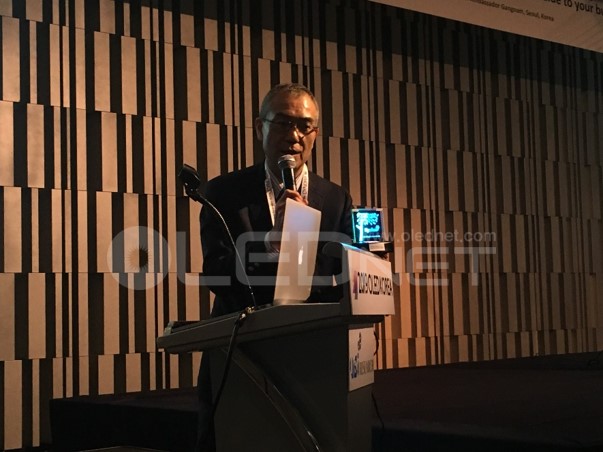 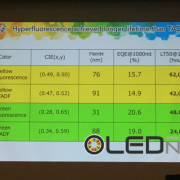 At IMID 2018 in Busan, BEXCO on August 31, Junji Adachi, CEO of Kyulux disclosed the performance of hyperfluorescence, which adds TADF dopant to the existing fluorescent host and dopant. 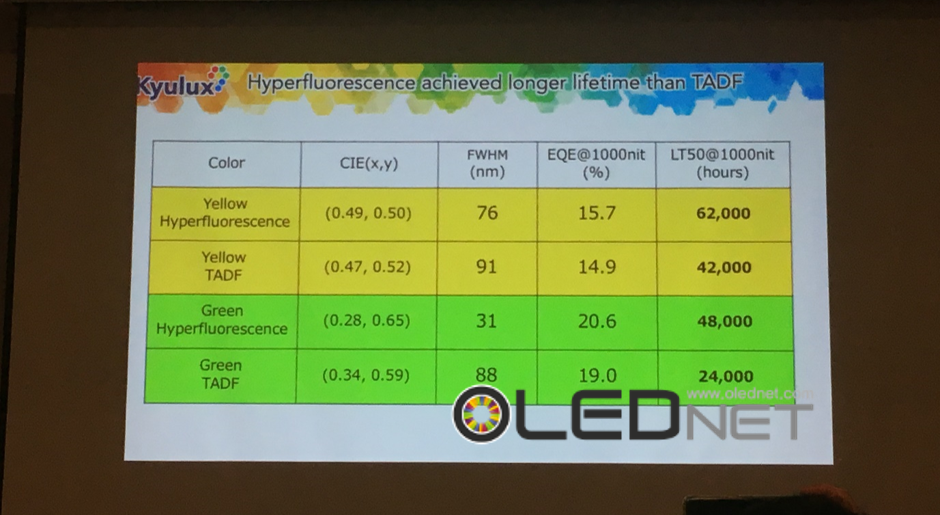 In the following announcement, Dr. Georgios Liaptsis of CYNORA explained about the deep Blue under development, emphasizing that the wavelength should be 460 nm and the CIEy should be within 0.15. He revealed its performance, adding that CYNORA has been carrying out the necessary research to make the lifetime of deep Blue as long as that of sky Blue even with phenomenon that the life span is getting longer as the Blue goes closer to the sky Blue 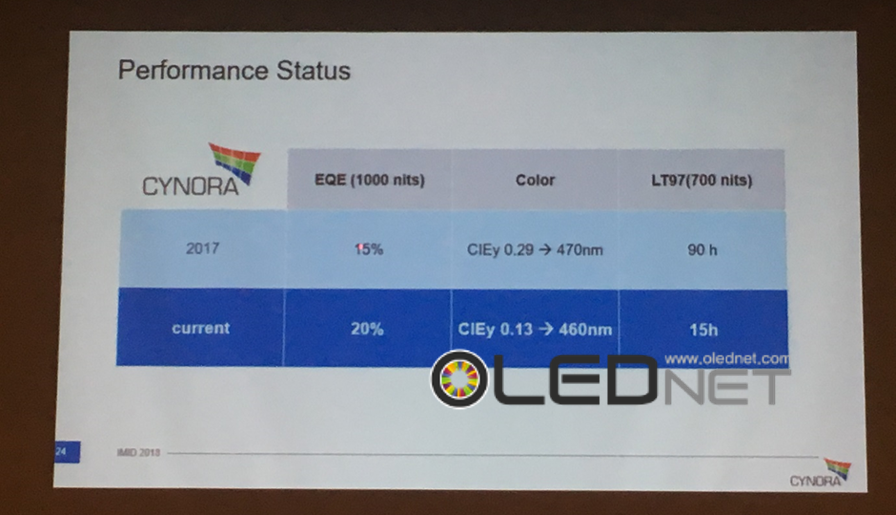 Fluorescent blue is currently used for the Blue of all OLED applications. Attention is growing whether Blue TADF or Blue Fluorescence can be commercialized to realize better efficiency and lifetime than existing fluorescent blue. 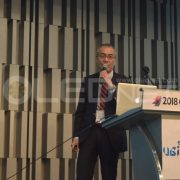 At the 4th OLED KOREA CONFERENCE, Kyulux and CYNORA, the leaders in the development of next generation emitting materials, announced the results of research and future development directions. 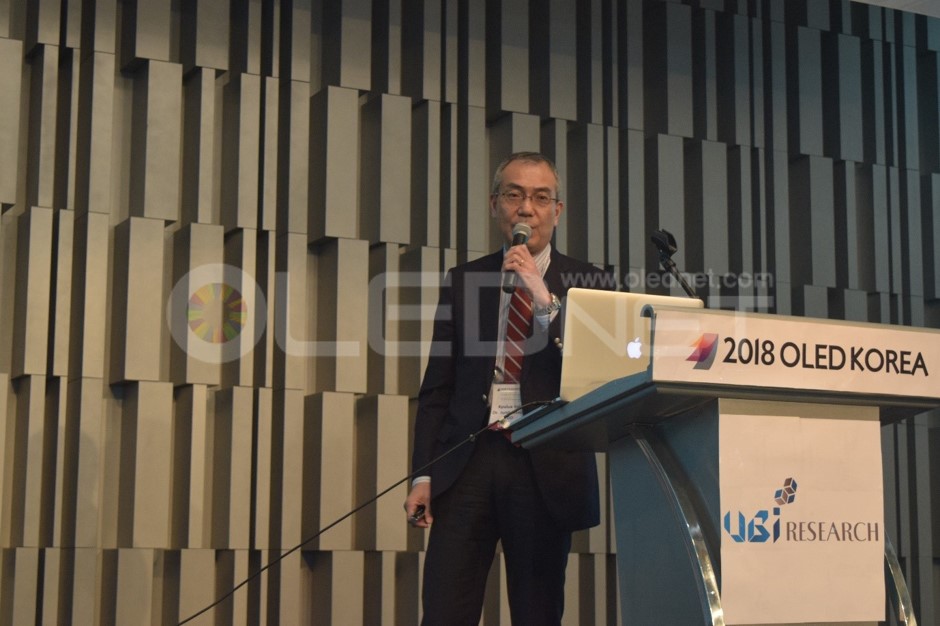 Junji Adachi, CEO of Kyulux, said, “We are developing Hyperfluorescence in the form of adding a TADF dopant to the existing fluorescent host and dopant.” He also emphasized that the emission FWHM (full width at half maximum) of Hyperfluorescence is about 35% of that of TADF, and the luminance is about twice as high, and this material can solve the drawbacks of TADF (wide FWHM and low luminance) at the same time. 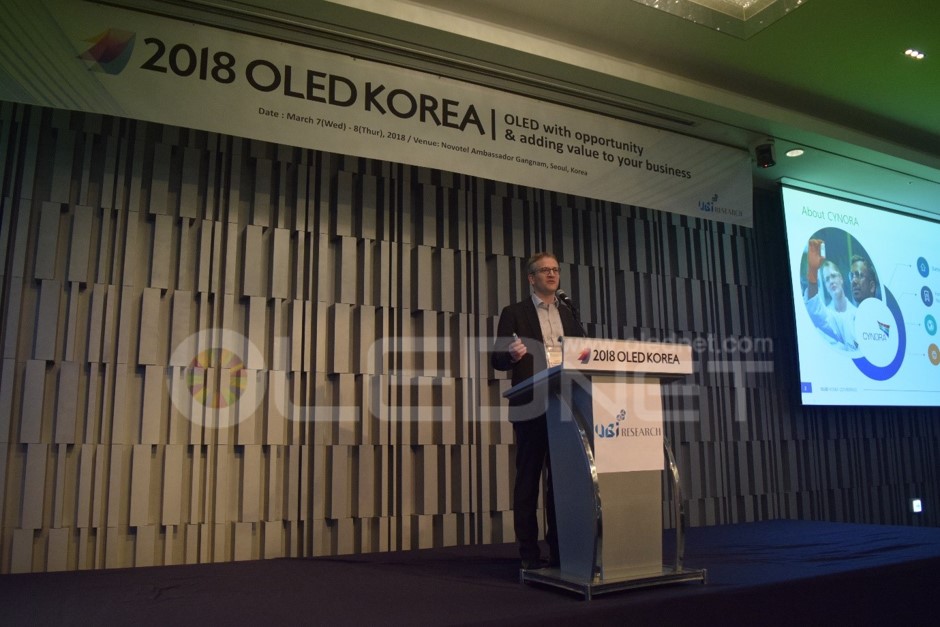 Andreas Haldi, CYNORA’s Chief Marketing Officer of CYNORA, said that the blue TADF emitter developed by CYNORA now has a color coordinate of 0.16, EQE of 24% and 10-hour lifetime (LT97 @ 700nit).

The performance is more than twice as efficient as the blue material currently used in OLEDs, and the color coordinates (0.10) are similar but the lifespan is short. He added that the Blue TADF emitter is scheduled to be developed within 2018 and will be available for mass production in 2019.

He also mentioned that the manufacturing cost is reduced and the power consumption is reduced, thereby minimizing battery consumption if blue TADF emitters with high efficiency are used instead of conventional low-efficiency blue materials. At the same time, it is expected to be able to improve the resolution of OLEDs and be applied to large-scale vacuum processing lines of major panel makers.
According to CYNORA, next step is to develop green TADF emitters (2019) and red emitters (2020) after finishing the development of blue TADF emitters (2018). Thus, it might be completed ‘RGB TADF emitter development’ by 2020. 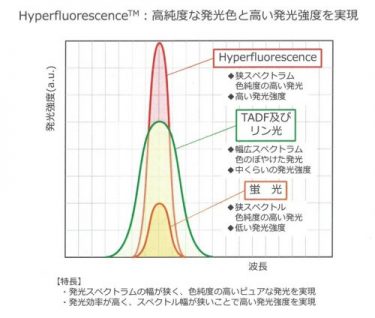 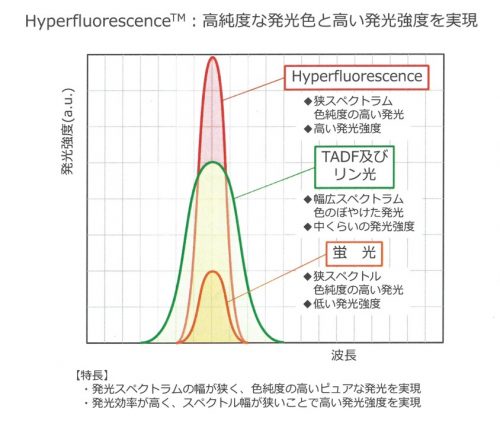