LG Display has decided to change its business portfolio to concentrate organic light-emitting diode (OLED) business. Through the conference call that reported operating profits in the fourth quarter of 2016, LG Display announced on January 24 that it plans to invest some 5 trillion won in facilities this year, and put investment in OLED including Gen6 Plastic OLED and large-size OLED manufacturing facilities. Especially, its investment in OLED is expected to rise to 70% by 20% in 2017, compared to last year with a plan to expand the OLED market.

LG Display Chief Financial Officer (CFO) Kim Sang-don said, “LG Display has reorganized its business structure by integrating previous 5 divisions into a total of 3 divisions such as TV, IT and mobile for its business efficiency.” “It will concentrate not only clear picture but also design and price in large-size LCD TV panels, while producing small and mid-size OLED panels focused on E-5 Gen6 POLED mobile and automotive business. Gen6 E-5 plants also plan to start producing POLED in the third quarter this year. Regarding new Capa, the sizes of new OLED will be 55”, 65” and 77”, and the Capa over 65″ is expected to rise more than 40% this year, a 10 % increase from 30% in 2016”.

Kim said, “the company has secured a total of 60,000 OLED TV capa in the second half of the year according to this year’s OLED TV forecast and yield improvement, and this is the capacity that can produce 1.5 million to 1.8 million televisions a year. Also, he emphasized “Our large-size OLED panel achieved the industry’s yield of 80 percent, which means OLED achieved its golden yield in just two years, compared to LCD’s golden yield of 10 years”.

Kim added “Regarding Chinese firms’ large-size LCD panel line extension that has become an issue recently, the production of Gen8.5 OLED and LCD is now available, but we still need to examine technology, production and productivity of over Gen10 panels. We will carefully consider the extension of the super large 60” 4K and 8K market. Also, LG Display’s middle and long-term strategy is to create a new OLED market so as to expand OLED.

With regard to the price comparison with LCD TV, “more than 60,000 capa is added this year through OLED line extension, and this is the capacity that can produce 1.5 million to 1.8 million televisions. It is a very small scale compared to the entire TV market size, and the price comparison with LCD is meaningless” according to him. LG Display announced that it plans to expand the OLED market for commercial purposes such as signage, broadcasting and medical use in 2007, while emphasizing the target of OLED TV is not the competition with LCD but only the high-end premium TV market.

Meanwhile, regarding the ownership of crystal sound that were unveiled at CES 2017 held in Las Vegas, USA, “In addition to LG DISPLAY’s crystal sound panel, its strategic partner Sony Entertainment Television (SET) improved sound through sound control and algorithm, and OLED panel’s quadrant sound control is LG DISPAY’s own technology” it said.

LG DISPLAY posted 7.9360 trillion won in sales and 904 billion won in operating profits in the fourth quarter last year, recording the black-ink balance for 19 consecutive quarters. Its net profits increased to 824.7 billion won, a whopping 335% increase from the previous quarter. 38 percent of sales in the fourth quarter came from displays for televisions; 31 percent from displays for mobile devices; 17 percent for laptops and tablets; and 14 percent for monitors. Due to the increase in panel prices and demands, its sales reached 26.5041 trillion won, and operating profit was 1.3114 trillion won, surpassing the 1 trillion won for a fourth straight year while keeping a positive trend in its profits. 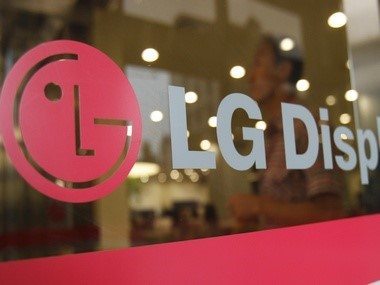 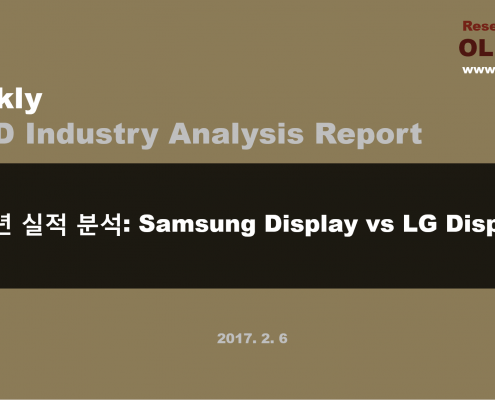