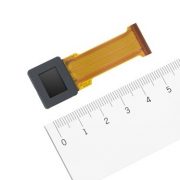 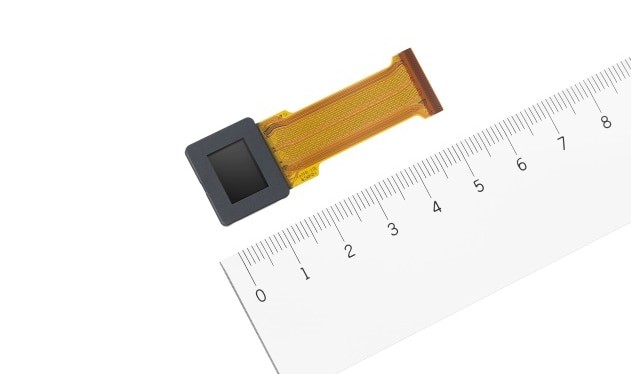 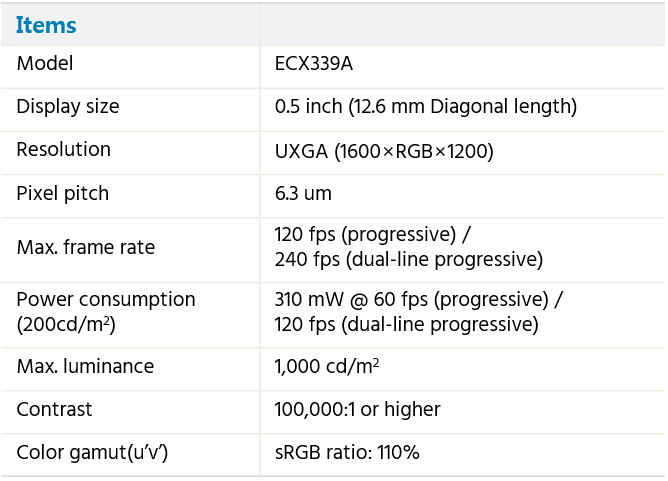 By employing newly-designed peripheral circuits that operate on half the voltage of previous model, it supports a high frame rate of up to 240 fps, with dual line progressive driving technique and low power operation.

According to Sony, the high resolution of the existing micro display had problems such as deterioration in picture quality and deterioration in viewing angle due to pixel pitch reduction; however, they have been improved by Sony’s transistor layout, process optimization, and compensation circuit. In addition, the color filter is deposited directly on the silicon substrate, reducing its distance from the light emitting layer, and the filter’s color array has been modified to secure the viewing angle properties while achieving high resolution.

The mass production schedule for the ECX339A is November 2018, and the sample price is set at JPY 50,000 (Tax not included). Sony expects this product to be applied to high-end cameras and head-mounted displays for virtual reality, which require the highest picture quality.