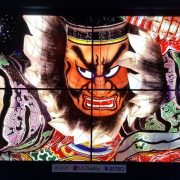 The 130inch 8K OLED Display went public through NHK, a Japan’s public broadcasting from 4th to 7th October at the CREATEC JAPAN 2016 held in Tokyo, Japan as part of a research on the future TV’s form factor. 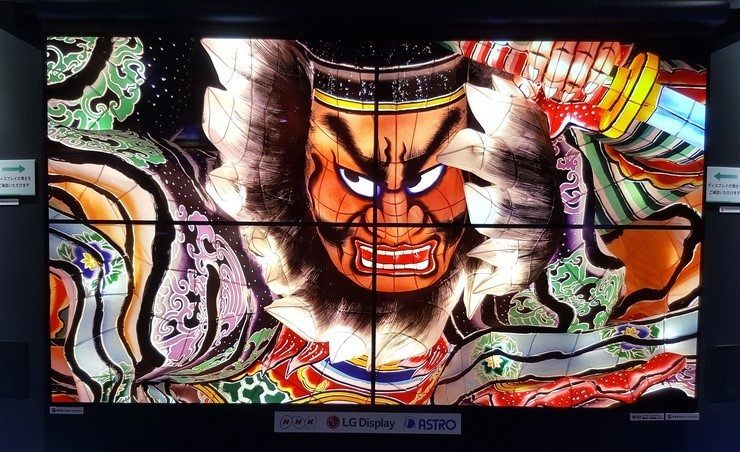 The 130inch 8K OLED Display which went public this time has been jointly developed with the Japan’s Astro Design and manufactured using a total of 4 panels, 2 horizontal and 2 vertical LG Display’s 65inch 4K OLED panels.
The thickness of the panel is only 1mm and even after attaching the back panel in order to fix the display, the thickness is only 2mm, implementing an ultra slim display. 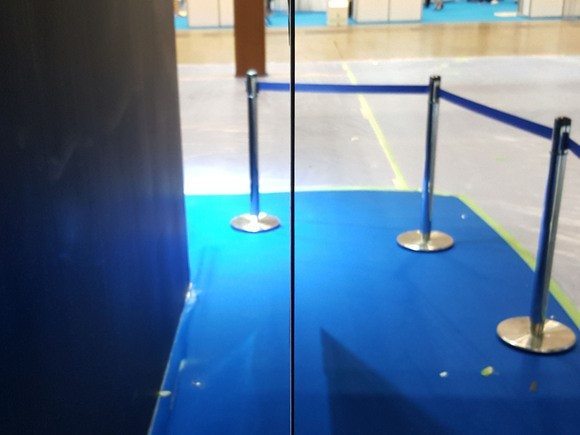 NHK has been developing an 8K broadcasting technology for over 10 years, and has introduced its first developed product in 2002. In addition, it has broadcasted an experimental broadcast using a satellite at the Rio Olympics, and is expecting to begin a regular 8K broadcasting from 2018, and is aiming to supply a real time broadcasting service at the Tokyo Olympics in 2020.

The contents market continues to focus on the development of the 8K following through from UHD. In order to respond to this, the LCD camp is also focused on developing the 8K and is expected to be at the center stage of the next generation’s premium TV market.

In order to compete with the LCD within the premium TV market, it is analyzed that it is also time to actively develop the 8K for large area OLED display.