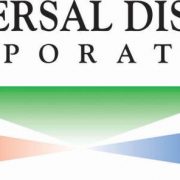 UDC estimates that revenue in 2018 will be about US$ 350M ~ US$ 380M. This might reflect the lower shipments of iPhoneX than expected and the low utilization rate of Samsung Display. Meanwhile, UDC anticipates to see an another significant growth in 2019 because of the increase in OLED production area (about 50% increase is projected by the end of 2019).

UDC said on February 14, 2018 that it signed a contract with Samsung Display for OLED royalty. The contract period was known as until the end of 2022, and the other terms of the contract were not disclosed to the outside.