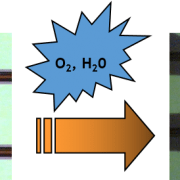 On July 29, at Chungcheong Display Forum held in Hoseo University in South Korea, an encapsulation technology that can greatly increase OLED lifetime was revealed.

The flexible OLED panel that is currently being mass produced uses hybrid structure of encapsulation where gas barrier cover plate is applied to the organic and inorganic stacks of passivation.

During this process, because cover plate with gas barrier characteristics is the key factor in deciding encapsulation performance the materials and technology are very important. The level of encapsulation that OLED panel requires is approximately 10-6g/m2day. The unit signifies the amount of permeation for 1m2 area a day. This amount is same as 1 drop of water in an area size of 6 World Cup stadiums.

This type of sputtering technology creates particles and defects during process. As such, in order to be applied to OLED, multilayer is required leading to a decrease in productivity and increase in production cost.

However, at the Chungcheong Display Forum, Professor MunPyo Hong of Korea University, revealed that defect that occurs during the existing sputtering process can be reduced by stabilizing target layer through installing reflector which induces neutral beam to be released. 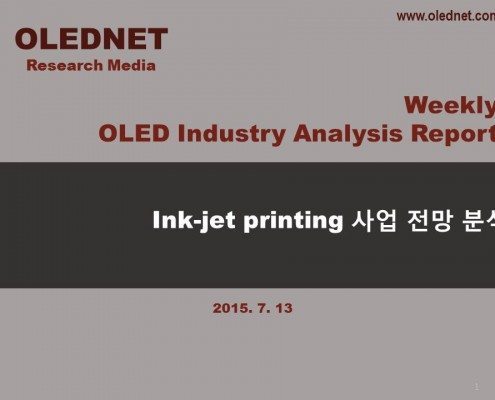