LG Chem estimates mass production of highly efficient 100lm/W OLED lighting panel in April this year. In Lighting Fair Japan 2015 (March 3 – 6) LG Chem announced that they have achieved 2014 target of 100lm/W development, and that mass production will be possible from April 2015. Additionally, they presented the 140ml/W roadmap until 2017, and LG Chem is forecast to keep on leading the OLED lighting market.

Until now OLED lighting had lower efficiency compared to the existing fluorescent light (approx. 100lm/W) and LED (approx. 100lm/W or higher), and was mostly used as luminaire rather than down light. However, if active mass production of 100lm/W products begins, utilization as down light will also be possible.

In this exhibition, LG Chem showcased solution concept of down light, and not a luminaire focused exhibition. They also demonstrated OLED lighting’s competitiveness as down light by securing lifetime of 40 thousand hours. This is approximately twice as long as fluorescent light and rivals LED. The biggest issue for OLED lighting is the cost. If the price becomes competitive through active investment, it is analyzed that the OLED lighting market will grow rapidly.

According to UBI Research’s OLED Lighting Annual Report 2014, OLED lighting market is forecast to grow by 100% of compound annual growth rate and form US$ 4,700 million market in 2020. 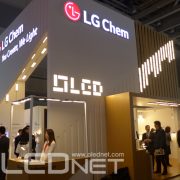 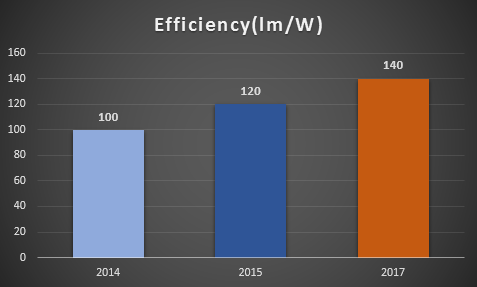 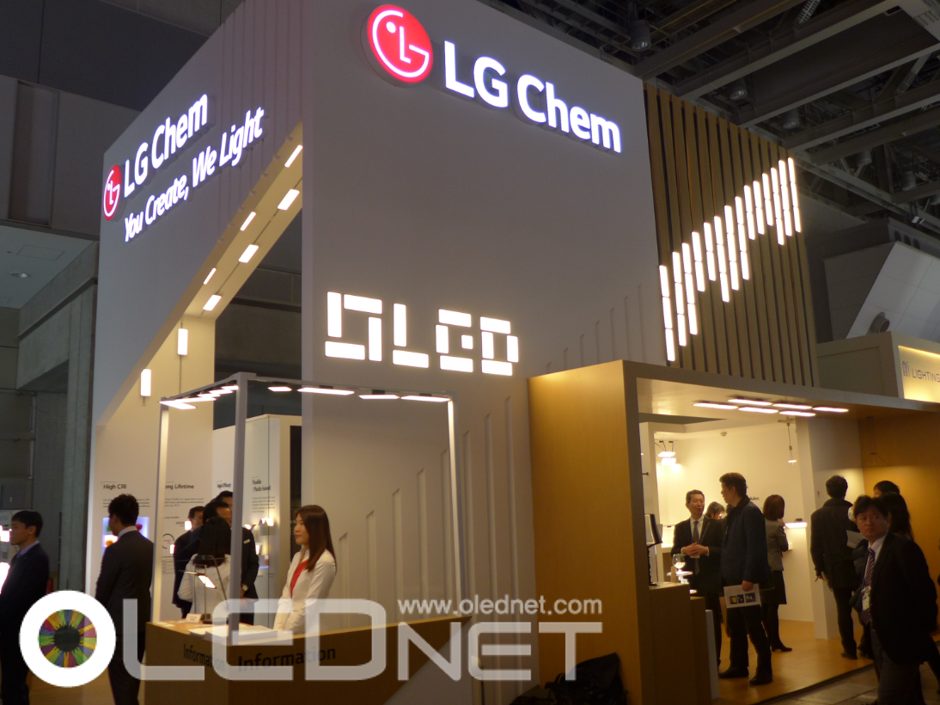 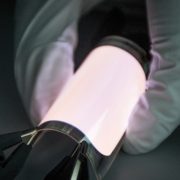 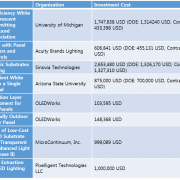